I have curly hair.  Growing up my hair was either short, or up some way (pig tails, braids, something).  Going around with loose hair was frowned upon growing up.  You could be poor, but your hair would be properly combed.  You could be rich, but if your hair was not tidy, your upbringing would be called into question.  There was no excuse for looking unkempt.  There is even a saying or criticism the grown ups would say of someone with unkempt hair: "Se mira como Juana, la loca." (She looks like Juana, the crazy one). I don't know who Juana was, and why she was crazy, but it was clear no one with any self respect wanted hair like hers.

My childhood took place in the 70's, a time of free flowing straight hair.  The Bionic Woman, Lindsey Wagner,  had lovely hair that flowed in the wind as she ran.  I wanted that hair.  I longed to have the wind whip my hair without creating messy tangles and an unkempt look.  Realistically speaking, that was never going to happen.  No one knew about the Brazilian-Blow-Out back then.

One day my uncle came to visit and asked what was happening because I was very upset.  My mother explained that I, his five-year-old niece, wanted straight hair that moved this certain way.  My uncle asked if color mattered.  I said, "No, just the feel of it matters.  I want to run my fingers through my hair and I want to be able to toss it over my shoulder."  He looked pensive for a moment and distracted me with some other topic.

A week later he was back with the best gift ever!  He had crochetted a white cap that I could put on, and had left the strings coming off of the edge of the cap.  The strings were also white but it had the best feel.  They were heavy, like the hair, and moved so strands of the string were caught by the wind.

I wore that wig for years.  Good thing it was washable, as it quickly turned shades of gray and brown!  I loved my long hair!  I braided it, wore it loose, flipped if over my shoulder, and enjoyed it thoroughly.  Don't know what ever happened to it.  My mother was not a hoarder, and at some point it got to small for me to wear.  Maybe my head grew, maybe the crochetted string shrunk in the wash.  At any rate, it still is one of my most memorable and heart-warming childhood memories. 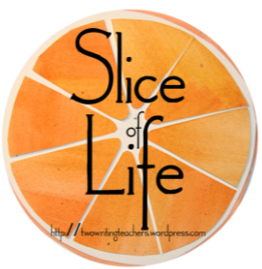 Feathers
Watercolor Music
I need to hear your voice!
Comments