I need to hear your voice! 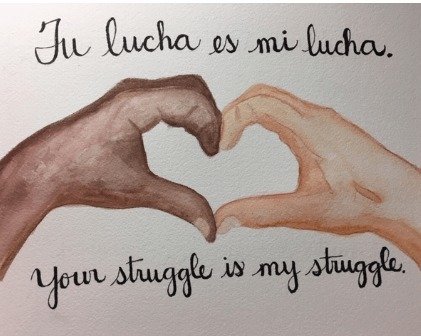 This morning I was scrolling through the Facebook comments before getting out of bed.  One exchange caught my eye.  It was a short conversation between two ladies I know well.  Both are mothers of African American boys. In this exchange they both seemed to be fed up with what all had been posted.  They were talking about unfriending people that didn't get it.

My heart went into a panic mode.  You see, I felt guilty of "not getting it". I had not posted anything controversial, so their comments weren't directed at me, yet I did not have a clean conscience.  This afternoon I sat down and typed the following message:

"{name omitted}... please consider using Facebook as a platform to inform and educate people who don’t get it. You are privy to a part of the world to which I have limited exposure. My limited experience can blind me to true causes, not because I’m unfeeling, but because I don’t know. Your voice is the voice of reason. Anyone that knows you and your family cannot in good conscience ignore what you say. I know you to be a fierce Mama, but i also know you to be fair and reasonable. I need to hear your voice. I believe in you and I value your opinion."

People scoff when I say "I read it on Facebook".  I chuckle inwardly too.  It is not always a reliable source of news.  However, it is a real way to connect with people.  Just this week three posts on Facebook opened up my eyes to the fact that I wasn't getting it. One was by a Black man who will not walk his own neighborhood unless he is accompanied by one of his daughters, identifying him in the eyes of his neighbors as a father, not a crimial.  The second was by a Black man who was detained by the police becaise he resembled someone reported for breaking and entering.  His word and alibi didn't matter much.  Eventually he was allowed to go, and he made it back to the college campus at which he was scheduled to teach a class that afternoon. The last post explained why there is an urgency to stand with "Black Lives Matter" and further went on to explain why saying "All Lives Matter" doesn't help the current situation.  While all lives DO matter, at this point in time Black lives need to matter, in order to bring attention to the great injustice.

Touching stories such as these allow people like me, who live under White Priviledge to understand, even if briefly, what it means to be Black in the United States of America. The writers of these posts were strangers to me and their words left a lasting impression on me.  Imagine how much more powerful it would be for me to read something by one of my two friends.  I hope they post often.  I hope they will unfriend selectively.  Their voice matters and we need to hear it!.